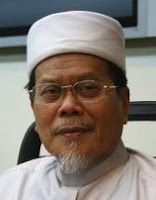 SINGAPORE (AFP)–Malaysia opposition leader Anwar Ibrahim vowed Monday to put up a strong defense against sodomy charges, saying it wouldn’t be easy to convict him of the offense for a second time. Addressing the Foreign Correspondents’ Association in Singapore, Anwar insisted the case against him was based on false evidence concocted by political enemies. “What case are you talking about? We have seen medical records,” said Anwar, who is on bail ahead of a trial set to be heard in Malaysia’s High Court between July 1 to 24. He insisted that he was innocent of the allegations of sodomy leveled against him by a 23-year-old former aide.

“Of course, with or without a case they will always charge and convict you. But I don’t believe they can do it that easily this time. We’re going to fight a very strong case,” he added.
“I don’t believe they can fool Malaysians or the international community.” Anwar, a former deputy prime minister, was sacked in 1998 and jailed for sodomy and corruption. In 2004 Malaysia’s highest court overturned the sodomy conviction, allowing Anwar to go free after six years in jail and paving the way for his return to politics.

Under Anwar’s leadership, the opposition last year dealt the ruling Barisan Nasional coalition its worst electoral setback yet but fell short of the numbers needed to form a new government.
Anwar also won a landslide victory in a by-election that allowed him to return to parliament, but he has so far failed in his bid to topple the federal government after key political defections he had hoped for didn’t materialize.
Posted by WARGA PRIHATIN MALAYSIA (PRIMA) at Tuesday, May 26, 2009 No comments: