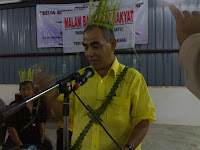 Ku Li slams MACC, says
witnesses shouldn't end up in coffins
(The following is the report of part of an interview I gave yesterday. Thank you to all my readers for your comments, which encourage and instruct me. You have pointed out things to me and argued your points with eloquence and passion. I value this discussion and think about everything you say.)

KUALA LUMPUR, July 22 — Expressing concern that the recent death of Teoh Beng Hock is a sign that the Malaysian Anti-Corruption Commission (MACC) has gone “rogue”, senior Umno leader Tengku Razaleigh Hamzah said that nothing should be spared in the effort to find out the reason behind the death of the DAP political aide.Tengku Razaleigh also hit out at the MACC for investigating minor cases while ignoring major examples of graft.
He said that Malaysians no longer feel safe or secure if mere witnesses called in to give evidence to a graft busting agency could be found dead the next day. “I feel it is very bad for a country like this. We have been independent for 50 years. Must people called up for queries end up in a coffin?” he told The Malaysian Insider. Teoh was the political aide to DAP state assemblyman Ean Yong Hian Wah.
Teoh was called in last Wednesday to assist the MACC in its investigations into alleged misuse of funds by his boss. He was found dead the next day, sprawled on the roof of the adjacent building to the MACC headquarters in Shah Alam. Police are now probing his death and the Cabinet is expected to discuss widespread calls for a Royal Commission of Inquiry into the tragedy.
Tengku Razaleigh said calls for a Royal Commission of Inquiry into Teoh’s suspicious death would be of no use if the government does not follow through on its suggestions, pointing out that the government had ignored the recommendations of previous royal commissions such as the one that investigated the V.K. Lingam case of alleged judge fixing and on improving the police force.
He even likened the sidelining of previous royal commissions to “insulting the King.” The former finance minister also spoke out against the performance of the MACC, pointing out that it has not been as effective as its counterpart in Hong Kong at wiping out the corruption scourge. He hit out at the commission for allegedly going after potentially minor offences but ignoring the major ones, saying that the current MACC model needs to be reviewed.
“This is a question of death you know. People want to know. I want to know. How could it happen? To a witness, who is going to give evidence and he is not even a suspect over the spending of RM2,400. Some people with millions of dollars, they get away with it and are not called for investigation.”
Posted by WARGA PRIHATIN MALAYSIA (PRIMA) at Thursday, July 23, 2009 No comments: 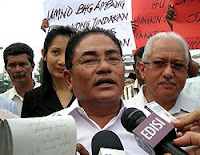 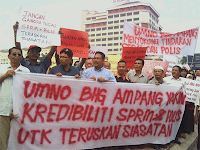 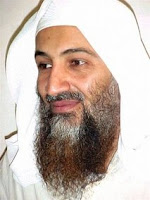 WASHINGTON (AFP) – One of Osama bin Laden's sons may have been killed by a US missile strike in Pakistan earlier this year, National Public Radio reported. Saad bin Laden, the Al-Qaeda leader's third-oldest son, is "believed" to have been killed by Hellfire missiles fired from a US Predator drone "sometime this year," the US broadcaster said on its website. The United States has put Pakistan at the heart of the fight against Al-Qaeda. The US military and the Central Intelligence Agency (CIA) are the only forces that deploy drones to the region. US spy agencies are "80 to 85 percent" sure that Saad bin Laden is dead, a senior counterterrorism official told NPR, while acknowledging that it was difficult to be completely sure without a body on which DNA tests could be conducted.
Officials at the CIA and the US Central Command, which oversees US military operations in the Horn of Africa, the Middle East and Central Asia, told AFP they could not immediately confirm the report. Earlier this year, former US spy chief Mike McConnell said the younger bin Laden, who is alleged to have worked for Al-Qaeda in Iran, either escaped or was released from house arrest in Iran and was likely in Pakistan. Also in January, in the dying days of the administration of president George W. Bush, the US Treasury Department froze the assets of Saad bin Laden and three other Al-Qaeda operatives.
According to the Treasury, Saad bin Laden, who is believed to be in his 20s, was part of a small group of Al-Qaeda operatives who helped manage the organization from Iran, where he was arrested in 2003. He also allegedly helped facilitate communication between Al-Qaeda's number two leader, Ayman al-Zawahiri, and the Quds Force, an elite unit of Iran's Revolutionary Guards, following an Al-Qaeda attack on the US embassy in Yemen in 2008. Saad bin Laden was active in Al-Qaeda but not a major player, the official said, adding he was simply "in the wrong place at the wrong time," having not been important enough to be targeted personally.
NPR said it was not known whether Saad bin Laden was close to the location of his father, who is believed to be hiding in the rugged mountainous tribal belt along the Afghanistan-Pakistan border, when he died. "We make a big deal out of him because of his last name," the official said.
Posted by WARGA PRIHATIN MALAYSIA (PRIMA) at Thursday, July 23, 2009 1 comment: