We have today filed a notice of motion applying to the High Court to compel the Public Prosecutor to deliver, as a matter of right, as provided by law under Sections 51 and 51A of the Criminal Procedure Code, inter alia, statements of witnesses, original DNA samples for DNA testing, medical notes, photographs, CCTV recordings of relevant dates and other evidence which they intend to use against DSAI in the trial (see enclosed Affidavit of Dato’ Seri Anwar Ibrahim), to enable us to advise and prepare the best defence for Dato’ Seri Anwar.
We reiterate that Dato’ Seri Anwar Ibrahim is lawfully entitled to the best defence, assuch unless ALL that we have applied for are delivered up to us by the Public Prosecutor, within reasonable time, the legal team will not be in a position to proffer and prepare adequately the best defence that our client is lawfully entitled to. In this regard, we are deeply disappointed and rather perturbed that the Public Prosecutor has acted most unprofessionally and unethically.
This is predicated by the lackadaisical and deliberate attitude displayed by the Public Prosecutor in not supplying us with the above said statements, recordings and so on, despite our several formal letters of request made, as early as 8th September 2008 and thereafter on 19th Jan 2009, 29th April 2009, followed by several reminders thereon. Note that save for the earlier delivery of just one statement and a few photo prints picked out of a purported CCTV recording, nothing else that was requested by us have been supplied to us hitherto.
More over, we have only received one reply of late dated 6th June 2009 rejecting all our requests except for the request for electro pharograms (which has yet to be supplied). Further, the Public Prosecutor has deceptively stated in the said letter that they have already supplied us with the CCTV recordings when they have never done so. It is also gravely disappointing that even though the trial is set to commence on the 1st of July 2009, the above necessary statements, recordings and so on have yet to be supplied to us. We consider this act of non-cooperation by the Public Prosecutor as deliberately designed to, inter alia:
i. scupper and deny the preparation of the best possible defence forour client;
ii. deprive and or conceal from our client the evidence that isfavourable to him in his defence;
iii. practise ambush prosecution as they did unto him in 1998/99,leaving our client little or no
time and opportunity to get expert orother assistance during trial;
iv. deprive our client the opportunity to check and verify the veracityand authenticity of the original DNA and other samples, which theyare using to make baseless allegations against our client at this stage; and
v. deny our client a fair trial
We further state that by virtue of the above, the Public Prosecutor has much to hide and as such, this prosecution of Dato’ Seri Anwar Ibrahim is clearly an abuse, frivolous, unjust and is tantamount to a political persecution. As such, in the name of justice, we again called upon the Public Prosecutor to withdraw the charge against our client with immediate effect.
Sankara Nair
S. N. NAIR & PARTNERS
Solicitors for Dato Seri Anwar bin Ibrahim
10 June 2009
Posted by WARGA PRIHATIN MALAYSIA (PRIMA) at Thursday, June 11, 2009 No comments:

1. Why is it that when I defend UMNO or the Malays I am labelled a racist but not when others speak up for Chin Peng?
2. If speaking up for the Malays is considered racist then are the Malays to be denied their right to speak for themselves?
3. Liberalism is fine but it should not benefit only certain people and not others. By definition not benefiting certain people contradicts the very concept of liberalism.
4. I really don't think openly slugging it out on racial issues in Malaysia is healthy. But if that is what Malaysians want then they should be prepared to slug and be slugged.
Posted by WARGA PRIHATIN MALAYSIA (PRIMA) at Thursday, June 11, 2009 No comments: 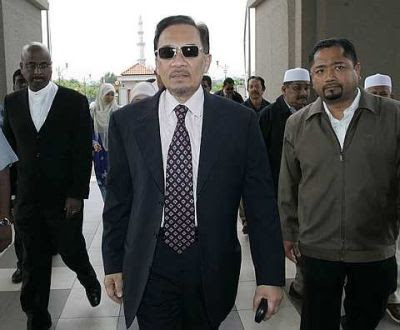 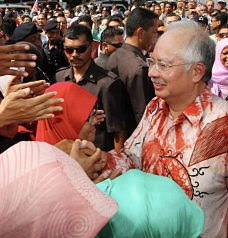 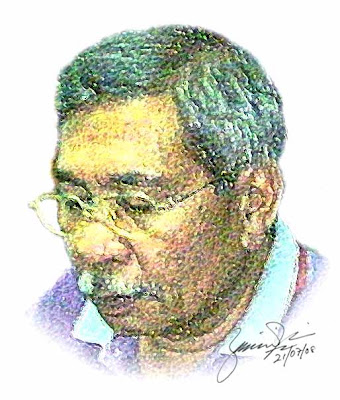 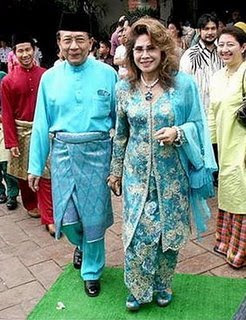 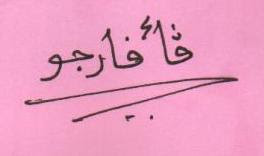 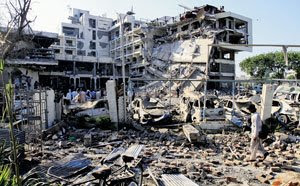 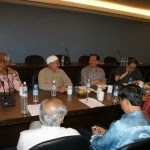