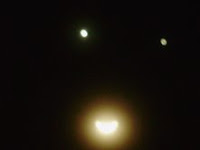 WASHINGTON – Defense Secretary Robert Gates announced Monday that the size of the Army will be increased temporarily by 22,000 soldiers to help meet the needs of the wars in Iraq and Afghanistan and other missions around the world. This is the second time since 2007 that the military has determined it doesn't have a large enough force. Gates had already increased the size of the Army and Marine Corps shortly after taking the Pentagon job. Gates noted that while progress in Iraq will lead to a reduction in the number of troops there, more troops are needed in Afghanistan because of the worsening violence in that conflict.
He said the persistent pace of operations in the two wars over several years has meant a steady increase in the number of troops who are wounded, stressed or otherwise unable to deploy with their units. Also causing a shortage is the decision earlier this year to stop the unpopular practice of keeping troops beyond their enlistment dates, a practice known as "stop-loss." "The cumulative effect of these factors is that the army faces a period where its ability to continue to deploy combat units (with enough troops) is at risk," Gates said. "This is a temporary challenge that will peak in the coming year and abate over the course of the next three years," Gates told a Pentagon press conference.
The Army currently has a total troop strength of 547,000, including 65,000 soldiers who were added in recent years. Gates said he would not seek additional money for the extra troops in the 2009 and 2010 fiscal year budgets. "This decision will result in additional tough choices for the department," he said. "However, I'm convinced that this is an important and necessary step to ensure that we continue to properly support the needs of our commanders in the field while providing relief for our current force and their families. "Gates also said it was "not inevitable" that more U.S. troops would be needed in Afghanistan beyond the 68,000 American force expected to be there by the end of the year.
He had said Thursday that there "may be some increase, but not a lot. "Gen. Stanley McChrystal, who took over as commander for all U.S. and NATO forces in Afghanistan last month, is nearing the end of a 60-day review of the campaign what is needed there. The former U.S. commander in Afghanistan, Gen. David McKiernan, had said he needed an additional 10,000 troops, beyond the 68,000. The White House put off that decision until the end of this year. According to the Army, 13 percent of the personnel in a typical unit heading to war are not available, compared to 11 percent previously.
The Pentagon said roughly 30,000 soldiers can't deploy with their units. About 9,400 soldiers are in so-called "warrior transition units," with either physical or stress-related injuries. Another 10,000 are unavailable because of other less serious injuries, medical screening problems and pregnancy. The other 10,000 have been tapped for other duties, or have just returned from the battlefront and are guaranteed one year at home before they redeploy. The buildup in Afghanistan and the shift in Iraq from a combat to a training and assistance force added to the problem by pulling individual soldiers out of their units to fill specialized positions, officials have said. That includes the recent Obama administration decisions to create special advisory brigades with extra trainers and other specialists for Iraq.
Posted by WARGA PRIHATIN MALAYSIA (PRIMA) at Tuesday, July 21, 2009 No comments: